TIME FOR OUR NATION TO HEAL!!!

Well today was History for us seeing the First African American President of the united state, this goes to show us that we can accomplish what we want in life'' i never get to go to Washington for this Historical Inauguration so i watched it on my television set Wow! tears fell from my eyes knowing that this is the dream of Many.
Two years after beginning his improbable quest as a little-known, first-term Illinois senator with a foreign-sounding name, Obama was moving into the Oval Office as the nation's fourth youngest president, at 47, and the first African-American, a racial barrier-breaking achievement believed impossible by generations of minorities.
Obama claimed his place in history as America's first black president, summoning a dispirited nation to unite in hope against the "gathering clouds and raging storms" of war and economic woe.
In his speech, he acknowledged that he faced many serious challenges but pledged to begin the work of "rebuilding America".
He also spoke of his desire to usher in a new era of peace and of America's readiness to lead once more.

To stimulate the ailing US economy, Mr Obama wants to make the biggest investment in the country's infrastructure since President Eisenhower constructed the Interstate Highway system in the 1950s.
He proposes a countrywide road- and bridge-building programme, as well as nationwide schemes to refurbish public buildings and schools, bring them up-to-date and make them energy-efficient. By investing in projects that are already in the works, Mr Obama hopes to inject cash into the system quickly, create jobs and trigger consumer spending.

Posted by michael mason at 4:27 PM 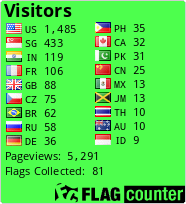